Husband wins $70,000 civil damages for paternity fraud by wife but it's overturned at the High Court

In March 2000, Liam Magill of Melbourne, Australia, discovered that 2 of the 3 children born during his marriage were not his biological offspring.

In 2001, DNA paternity testing proved that a trusted family friend, Derek John Rowe, was actually the biological father of the 2 youngest children.  Evidence later proved that Derek John Rowe and Liam's ex-wife had a 6 year affair, 4 of which were during her marriage to Liam and started shortly after she married Liam. Liam was awarded damages of $70,000.

In addition, the government's child support collection agency has the legal responsibility to recover both the child support that Liam paid after the end of his relationship with his ex and the cost of raising the 2 children while he acted as the children's father as a result of the paternity deceit before the separation.

The 2 children in question and Liam's biological child may even seek to sue their own mother for damages when they become of legal age since their lives have been damaged so much by the mother's irresponsible damaging behaviour.

The public was astounded by a court judgement which supports the mother's deceit against her 2 children and her husband and which makes the mother totally unaccountable for civil damages. The judgement also rewards the mother for perpetrating a fraud for many years and collecting child financial support from her ex-husband under false pretences.

In paternity fraud there can be at least 3 victims;

the biological father that may not even know he is a father and who, when the deceit is uncovered, will suffer both mental and financial damages when he didn't even choose to be a father to that child;

the child whose identity is hidden and who will suffer both mental and financial damage when he/she discovers the truth and perhaps will never know the identity of his/her biological father while he/she is deprived of major medical information about his/her own biological father and;

thirdly,  the husband that not only lost his best child raising years in pursuit of his dream to have his own biological children and raise a family but who has paid for a child that wasn't his and will continue to pay for long after he divorces the mother who can't be trusted as a wife.

The ex-wife then will continue to gain financially through child support and/or alimony payments after the divorce after violating the birthright of her children and damaging a great many relatives and other people.

The Government's ongoing reform of family law achieved another milestone with the passage of the Family Law Amendment Bill 2005 by the Senate, Attorney-General Philip Ruddock announced today.

Debate- The Family Law Amendment Bill 2005 - "Part 14 is unquestionably the most controversial aspect of the bill. It will enable a person who discovers that they are not the parent of a child for whom they have made child maintenance payments to apply to the court to recover those payments.

"... the most significant reforms to the family law system in 30 years"

Testing for Paternity Fraud - The position of the Australian Law Reform Commission-
Letter from Professor David Wesbrot, President, May 23, 2005

In Ontario, Canada, in the same month and in the same level of court, 2 judges came out with opposing decisions on paternity fraud.

Are you wondering about the genders of the judges? You guessed it. One was male judge who supported the concept that the father was a fraud victim and the female judge activist sided with the mother fraudster. The female judge, Madam Justice June Maresca, took the position that women don't have a duty to properly identity the biological fathers of their children and should be rewarded for their fraud as long as they can perpetrate the fraud for a period of time.

A low income mother decided to name her child after one of the men she was dating, the one with the $70,000 per year income, and to go after him for child support. The judge made her pay a pittance of his legal costs and nothing for the mental damage done to the man she put through the court ordeal.  The man had to take legal action in court to prove he wasn't the father. Mandatory DNA Paternity testing provided by the government health service would have prevented this travesty of justice and saved tax payers tens of thousands in costs for the court to hear such cases. 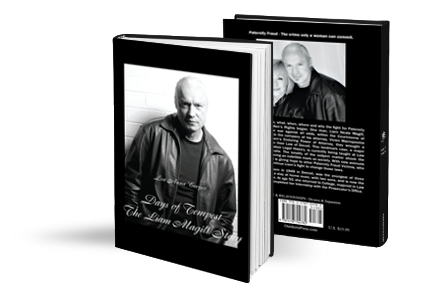